My doctoral thesis was succesfully defended at Utrecht University, the Netherlands, on 17 February 2017.

Public authority beyond the state is often seen as isolated from or constituting a threat to the state. Increasingly, however, ‘state’ and ‘non-state’ forms of governance are understood as closely connected and interdependent. This dissertation contributes to this theoretical shift by means of a qualitative case-study of two informal Palestinian refugee settlements – so-called ‘gatherings’ – in South Lebanon. Based on extensive fieldwork, it explores the everyday interactions between Lebanese local state institutions and the ‘Popular Committees’ that govern inside Palestinian settlements. Lebanon’s Palestinian camps are routinely characterized as ‘states-within-the-state’ that undermine the sovereignty of the Lebanese state. The de facto interactions that occur between Lebanese and Palestinian governance actors in informal settlements, however, instead produce a form of mediated stateness. As such, the Palestinian Popular Committees might in important ways prop up rather than challenge the Lebanese state, demonstrating that state and non-state forms of authority can be mutually constitutive. 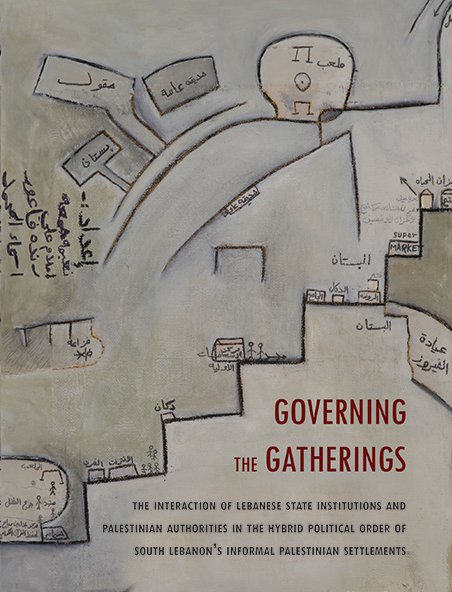